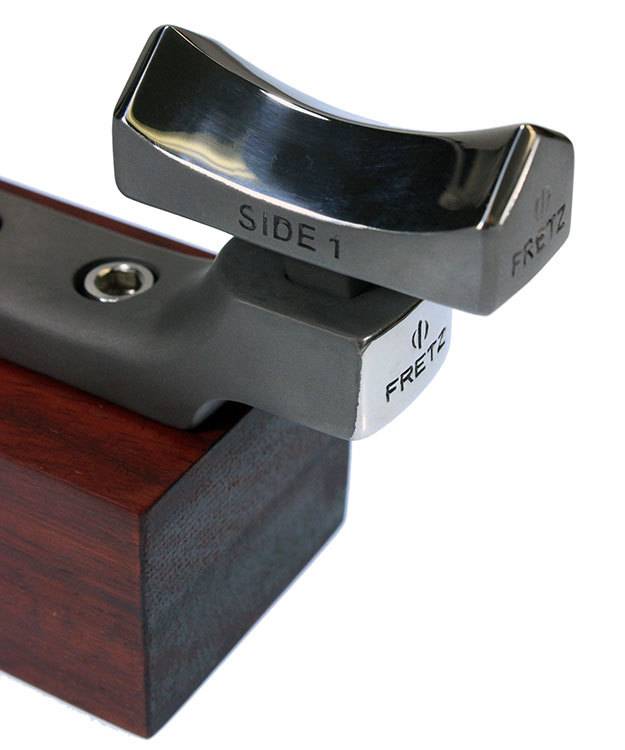 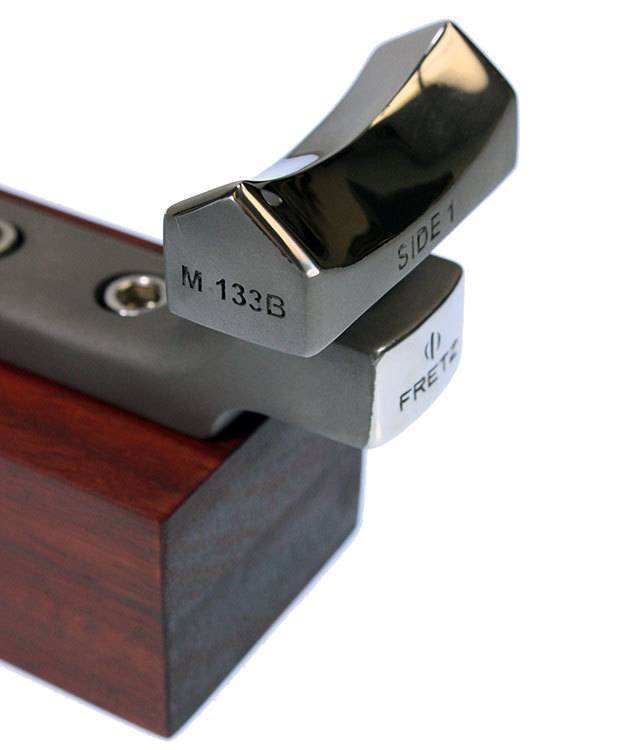 FRETZ 100 SERIES STAKES
New Fretz 100 Series Stakes are larger than the Fretz original miniature stakes. They are based on those hard to find metalsmiths stakes of the past.

Fretz M-133B Finishing Concave Fluting Stake 50mm Long x 20mm Wide
Fretz Design has designed fluting stakes for domed and flat bracelet surfaces. The new M-133A and M-133B make it possible to flute concave bracelets and other shapes with handcrafted random or uniform flutes. The stakes M-133A and M-133B are designed to be used after the project is formed on the concave M-104 Stake.

Using the M-133B
The M-133B is used after the M-133A to sharpen up the flutes. The M-133A with its round crest line leaves a track for the second stake to follow. Planish lightly with the M-133B Stake following the tracks made M-133A Stake. The semi formed flutes keep this sharp stake from dancing around on the inside and the result is a pristine flute. The resulting planish marks will be dependent on how hard the metal is struck and which hammer is chosen.